Living near(ish) to New York, 2 of the hottest names at the card show are Gleyber Torres and the best prospect in baseball, Wander Franco. I found a dealer who stocks up on Torres rookies, and he gave me an offer for one of my best cards, a 2018 Topps Series Two SSP late rookie variation. If any of you are familiar with the Series Two Ronald Acuna Jr. "Bat Down" variation, it's the same thing, just with Gleyber Torres. I basically had a 50/50 shot at a card that's selling for $300 right now. Despite the Torres not going for nearly that much, it's still a good pull, going for $50. At first I didn't realize that it was special, and so it got slightly rounded corners. Even with the condition, the dealer still gave me $26 in cards. 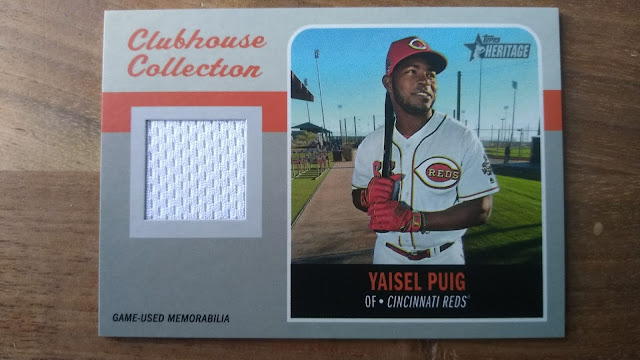 This is the first card, and the dealer said that I could choose from a group of Clubhouse Collection relics. There wasn't one that stood out to me, so I took Puig. This card was priced at $6. 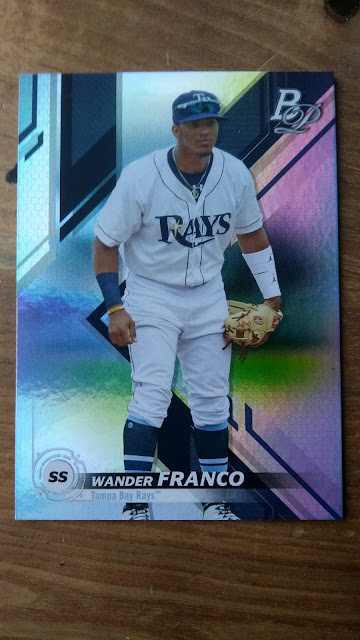 This card, priced at $5, is the first of two Francos from the trade. I was given a choice between the base card or one of two inserts from the set. I generally prefer base cards to inserts, so that's what I took. I might start up a Franco mini-collection because I got these two cards. 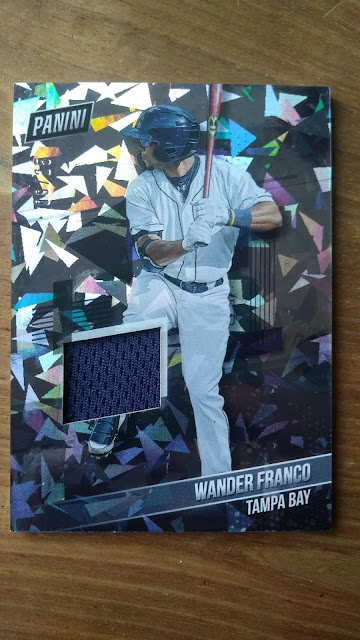 This is the main attraction of the deal, a Wander Franco relic. It's a cracked ice parallel, bringing the print run down to 25. The card was priced at $15, which is quite a deal. He also had a second one of these that is 20?/25, while this one is 9/25. This card is National Baseball Card show exclusive, and was brought to the dealer by the person who runs the card show who goes to the National every year.

Early next week I hope to do the second edition of Card Wars, which includes some 2020 Topps Series One and my thoughts on it.
Posted by Brad Hill at 6:52 PM

Brad Hill
Hey, I'm Brad a 13 year old kid with a love for sports, sports cards, and writing about both.